Interferences are cancellations, which can be caused by two or more sound sources or by effects in the room. In this article we will deal with interference between midrange and tweeter. If exactly half the wavelength of the crossover frequency is reached due to different transit times of the two drivers, cancellation occurs, since the phase is then shifted by exactly 180°.

In the region of the crossover frequency, i.e. where the midrange fades out slowly towards higher frequencies and the tweeter “takes over”, both midrange and tweeter radiate sound in the range of about half an octave. This adds up in the transition area, in the best case the sound pressure curve becomes linear again at -6 dB each for the midrange and tweeter. However, this is only the case if the phase position of both drivers matches. Depending on the crossover, it may be that the midrange or tweeter must be connected with inverse polarity. What this means for the impulse behavior, I will not explain here in more detail.

As described, in the best case the sound pressure curves add up and a balanced transmission behavior results. Unfortunately, mostly only in one place, exactly on the center axis between midrange and tweeter. If the listener now moves further up or down, interference can occur. The distance to the two drivers, which is identical on the center axis, changes the more we move away from it and thus also the respective runtime. Since the wavelengths are short at high frequencies, the higher the crossover frequency and the further apart the two drivers are, the more this effect occurs. At 3 kHz, half the wavelength is just 5.7 cm, at 600 Hz (=crossover frequency phli) 28.7 cm. For the concept of phli loudspeakers it is important to have such a low crossover frequency, so that the FIR filters or the phase linear behavior is not only correct in a small sweet spot, but in a much larger range. 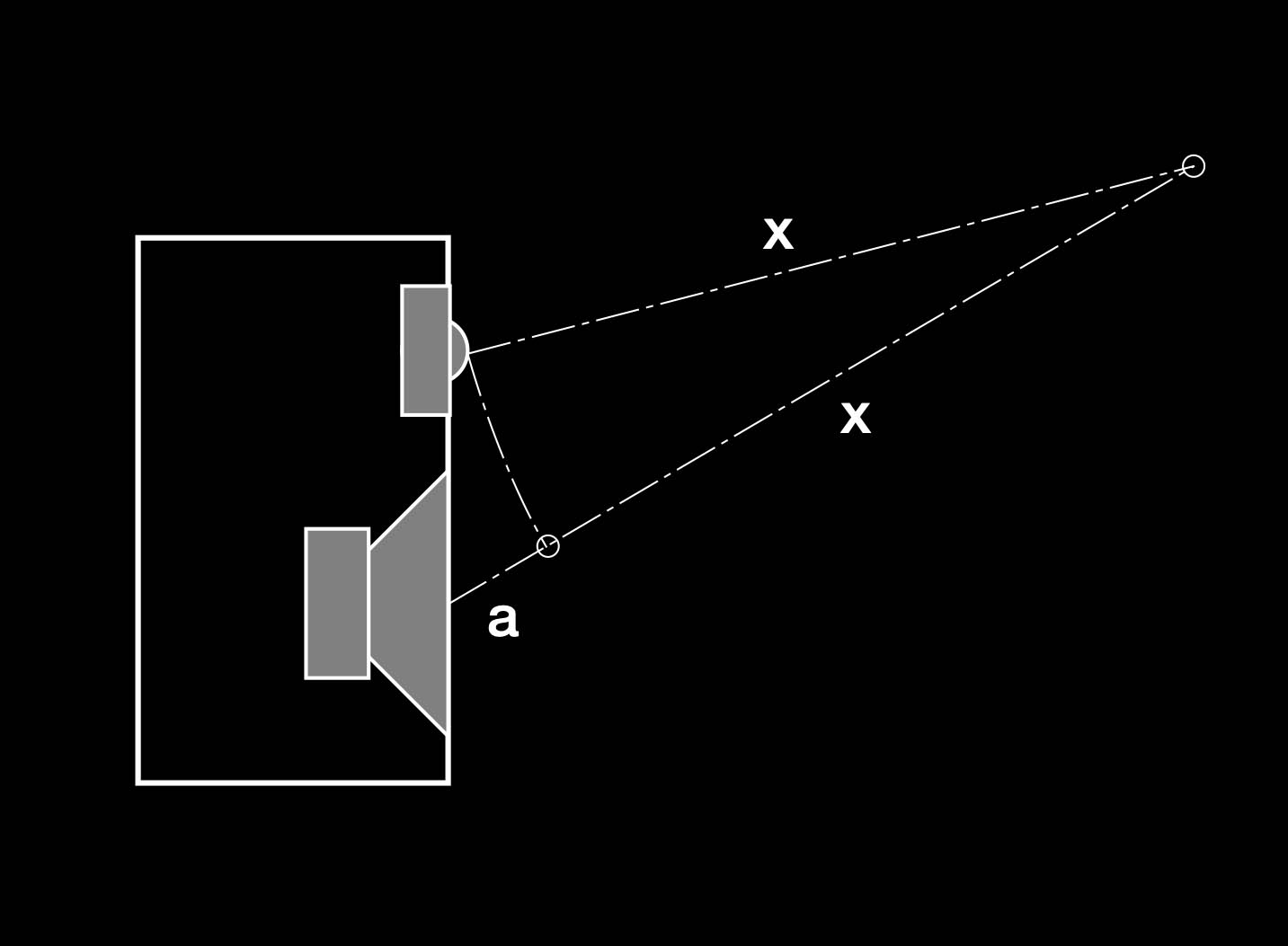